Dementia service providers and carers are calling out for help now as predictions show rates of people living with the condition will double. Danielle Cetinski investigates.

RESEARCHERS are throwing their weight behind finding better ways of diagnosing and treating dementia but with limited progress, the responsibility is falling on service providers to help patients and their carers live better for longer.

Dementia is used to describe a range of illnesses affecting the brain, leading to memory loss, behavioural changes and in some cases hallucinations or Parkinsons-like symptoms - it is also terminal.

Dementia Australia currently employs two staff members in Dubbo to educate people across the Central West affected by, or volunteering with people with, dementia and connect families with services.

Educator Jenny Roberts said 6500 across the Calare and Parkes federal electorates lived with the condition, which would double in the next 50 years.

"It's a big adjustment to get used to a diagnosis of dementia," she said.

"You don't realise that if it's someone you haven't seen for awhile, their abilities might have changed a lot."

Ms Roberts said people with dementia often suffered discrimination, particularly during conversation, and assumptions could be made about a person's capacity to make decisions, drive, cook or even continue to work.

"People will turn straight to the carer and talk as if they're not there," she said.

With dementia affecting every patient differently, she urged people instead to take any out-of-context comments or agitation in their stride and encourage them to do the things they were good at. 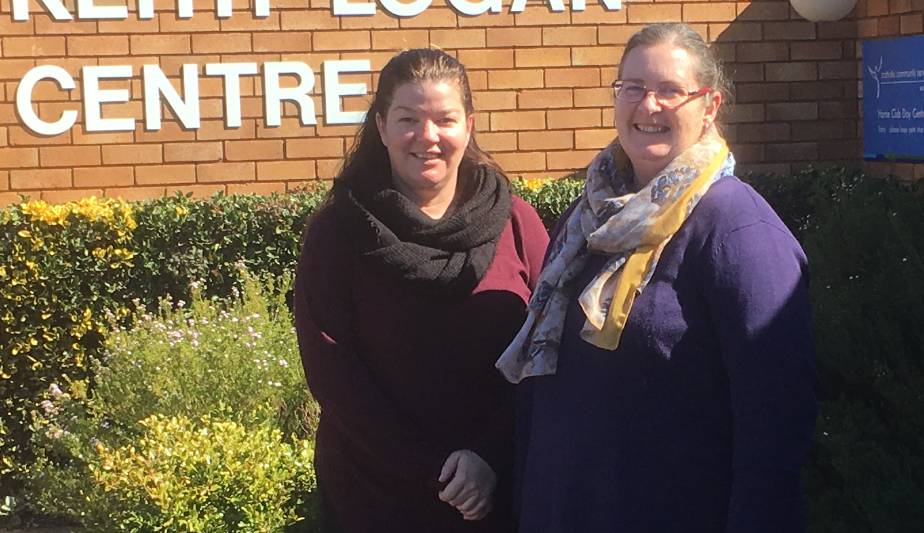 Dementia Australia dementia care navigator Sharon Doyle and educator Jenny Roberts are based in Dubbo and help families across the Central West.

"They're still human and they can still contribute to the community - we've got to keep them engaged," she said.

Charles Sturt University Associate Professor Maree Bernoth, who worked in aged care for 35 years before completing her PhD, said working with dementia was rewarding but also very frustrating at times.

She said during that time the ratio of registered nurses working was higher, many of whom specialised in dementia care.

They treat the behaviour that's confronting rather than looking at the cause.

"That's an issue that needs to be addressed now," she said.

Associate Professor Bernoth said people with dementia, particularly those suffering delirium, were less likely to be treated correctly for pain.

"They treat the behaviour that's confronting rather than looking at the cause," she said. "I've been involved in a few studies and that issue doesn't seem to be going away."

She said there were several branches of research and trials under way, but dementia remained difficult to diagnose.

Associate Professor Bernoth said research for many years was focused on a protein in the brain called tau, which was linked with Alzheimer's Disease, a form of dementia.

With little result, she said focus had switched to the carotid artery linking the heart and the brain and whether build-up in the artery could cause tau to be released.

But she said good work was being done in keeping patients well.

Trials she conducted in the 1990s proved how important sensory experiences were in helping with memory, including the use of lavender.

"That was very effective with the ladies, but wasn't so successful with the men," she said.

"The smell of lavender brings back memories of mothers and wives."

READ ALSO: NDIS issues will be ironed out by mid-2020, government says

She said St Catherine's in Bathurst ran film activities with patients where they could make films and "have a laugh" and virtual reality was starting to become an option.

"Often they want to go home and they get agitated, but we've got the capacity to film where they grew up and show it to them," she said.

"Music is a strong factor in memory, and singing - people who have lost the ability to speak can often sing and they remember the words."

Music is a strong factor in memory, and singing - people who have lost the ability to speak can often sing and they remember the words.

Although there is no cure for dementia, she said everyone could cut their chances of contracting the disease by eating well, taking care of their cardiovascular health, managing alcohol intake and staying social.

"Even if it's just swapping hands when you brush your teeth," she said. LOSING memory and the ability to live independently may be traumatic for dementia patients, but the deterioration is also tough for carers.

With waiting periods up to 18 months for home care packages through My Aged Care, several community organisations are helping carers navigate the assessment process and other assistance.

Dementia Australia educator Jenny Roberts said the organisation was trialling a care navigator until June 2020 for the specific purpose of connecting families with services.

The Seymour Centre in Bathurst also provides a guiding hand, in addition to providing activities for about 75 clients with dementia.

"While we're doing that, we can also talk about what they want," she said. 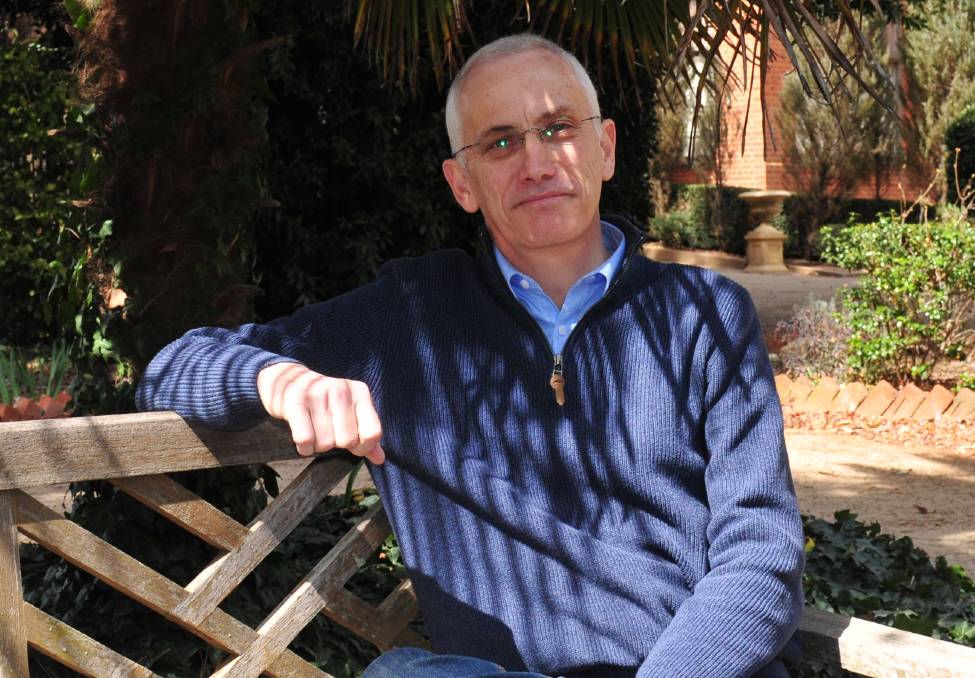 "We're partnering with Leep, a group from Sydney and in either September or early November, carers can come with questions about their iPads or laptops and have a mentor for about an hour in a hub," he said.

"There's a big push by the government to get people IT literate and complete all their business online, but there are a lot of people who are older or have a disability who are being left behind."

Facilitating a carer support group each month, he said it was important to cater for carers' health, otherwise the person with dementia could need residential care sooner.

"We try to keep four wheels on the ground rather than the bus running on three," he said.

LiveBetter, based in Orange, is one of the organisations in the region providing respite services for 30 clients through Anson Cottage, as well as at-home help for another 200. 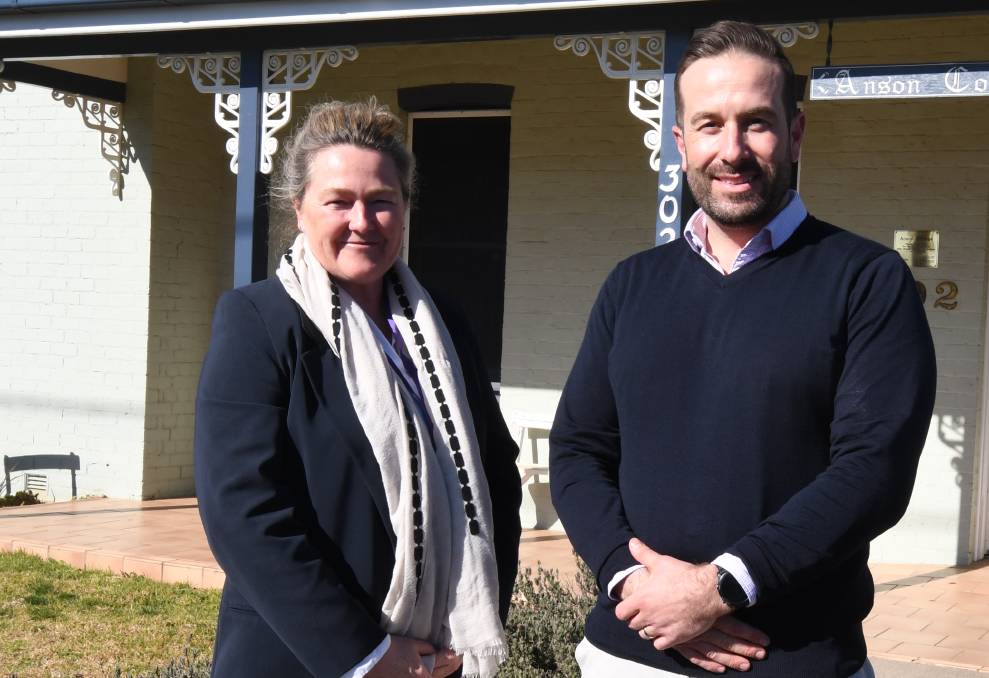 Aged and community services area manager Ben Chiarella said the at-home arrangement was flexible to give carers much-needed time to themselves.

"They can take them to a cafe or it can be overnight in the home," he said.

Anson Cottage currently provides activities such as memory games and arts and crafts but Mr Chiarella said he wanted to see it become a hub, a safe place where clients could garden and socialise.

However, he said LiveBetter and other organisations were approaching capacity and needed extra funding next year to handle demand.

Community services, who to call

During Dementia Action Week this week, Dementia Australia has asked the community to complete a short survey to help to create an informed, national picture to better understand how and when discrimination against people living with dementia occurs and what it would take to shift the behaviour.

The data will be used to create a roadmap and the survey can be accessed on its website.

The following is a list of services recommended for families seeking assistance.

What do you think?