Skip to navigationSkip to contentSkip to footer

The Sunshine State is opening up to NSW residents - well, except Sydneysiders. Craig Tansley gives his pick of the places to go to avoid the crowds and soak up the sun.

When Queensland shut its borders on March 26 to restrict the spread of COVID-19, it was the first time the state had been closed since 1919 when the Spanish flu pandemic hit. In 2020, Queensland has become the Forbidden State - with all the allure of the French Riviera mixed with somewhere between the Caribbean and Florida.

Now that Queensland is welcoming visitors from all states, except Victoria and those who have been in Greater Sydney, we look at the best places to go for four types of travellers. 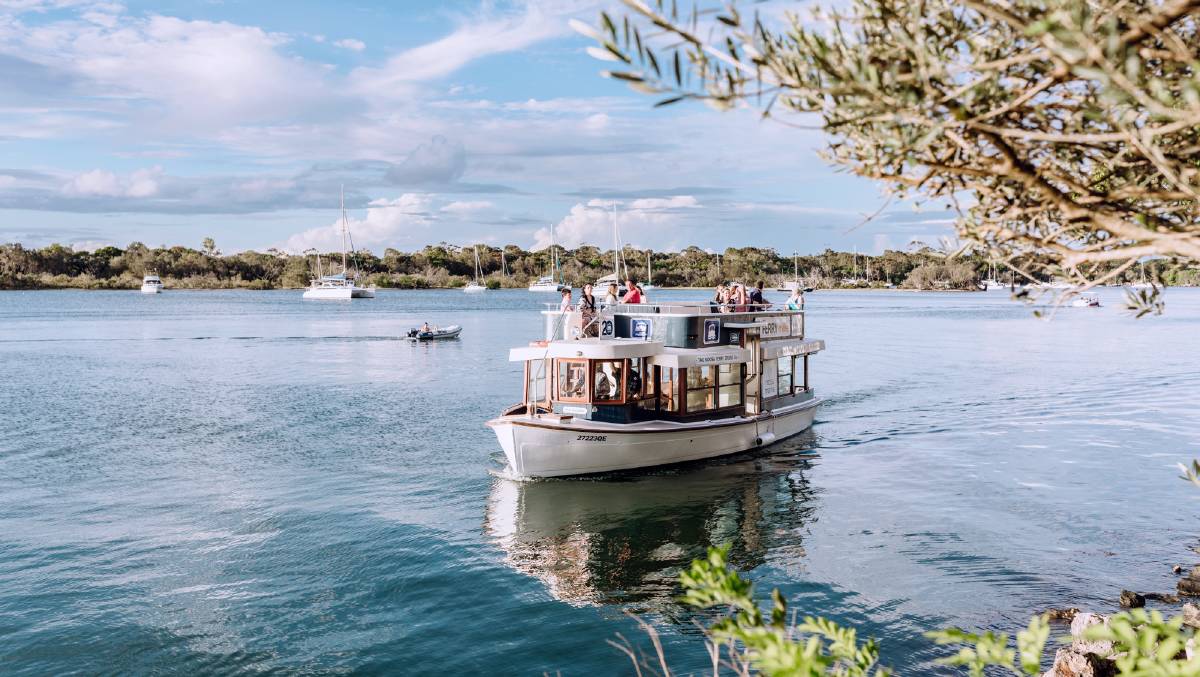 Head for Noosa - but not at Christmas. Picture: Supplied

Avoid the crowds - and the higher prices of Queensland's hotspots - by taking a slight detour off the beaten track. It's not hard in Queensland - there's gold just around the corner from most popular destinations.

Noosa is the best example. Avoid it over Christmas - if you haven't booked in yet, you won't get a bed anywhere in town.

But take a 45-minute drive west through its pretty hinterland to the Mary Valley. Barely anyone knows, but it's Queensland's food bowl and home to heritage towns.

Dine in historic country pubs like the Railway Hotel in Imbil or the Kenilworth Hotel. Take a hike through the adjoining Amamoor State Forest, look for platypus on a dawn kayak with Ride On Mary or go on a horse ride with Mary Valley Adventure Trails.

You'll also find friendly, local B&B hosts who'll treat you like family, like at Amamoor Lodge. There's even the Dingo Creek winery if you're feeling thirsty. Or check out Noosa's best-kept secret: its sleepy north shore. A beach highway connects the Sunshine Coast and Gympie region with Fraser Island, to the north.

Take a car ferry across the Noosa River, then hightail it to Rainbow Beach along the sand. Stop along the way at deserted swimming and surfing spots (see if you can spot regular surf visitor Chris Hemsworth). There is bitumen-road access via Gympie if you don't have a 4WD.

If you're in a caravan or camping, head to Rainbow Beach Holiday Park; if not, Pippies Beachhouse has everything from double rooms to family units. Order fresh-caught seafood on the deck overlooking the beach at Rainbow Beach Surf Life Saving Club. There is heaps to do - take a tour of the sand drifts that surround town, visit nearby Fraser Island, learn to surf or go diving with Rainbow Beach Tours. If you're down south, take a turn west from the Gold Coast's beaches to its largely unheralded hinterland which is at least five degrees cooler in summer.

Stay at some of our oldest eco-lodges: O'Reilly's and Binna Burra Lodge, which has re-opened after the 2019 fires. You can camp at both, too. If you feel like a tipple - bet you never knew the Gold Coast Hinterland has a wine region? The wine is amazing at Witches Falls Winery, though the prettiest winery is Canungra Valley Vineyards. There are ways you can travel around Queensland with a group of friends where you need not share the place with anyone else. Why not rent your own island?

Pumpkin Island - part of the Keppel Islands off Yeppoon - is Queensland's best-kept secret. The island is just six hectares and you can hire it all for yourselves. It sleeps 34 people, for about $5000 per night. There are seven self-contained units powered by the wind and sun. Spend your days swimming, snorkelling and sunbaking before a BBQ on your deck at sunset.

Or rent a private island in the Whitsundays - for up to eight people from $1300 per night, or $1500 on weekends. Camp Island is just north of Airlie Beach - you'll be transferred by boat from Bowen. You can fish, snorkel, kayak, swim or hike on the island. Gourmet hampers are available for all meals. Or if you'd like your own island for practically nothing - take a water taxi from Mission Beach, two hours' drive south of Cairns, and stay at one of eight campsites on Dunk Island - you'll have your own private beach and the cost? $6.15.

If you can't hire your own island, hire your own sailboat. Explore the Whitsundays on a sailing yacht, complete with skipper, with up to six of your friends. Airlie Beach Day Sailing shows off the Whitsundays' hidden gems, all for only $880. Bring your own food and alcohol and tell the skipper what sort of day you'd like to have. Lose yourself in the beautiful waterfalls circuit. Picture: Supplied

Want to see the best regions of Queensland with no-one around? Head far north. In summer, most domestic travellers avoid Tropical North Queensland (Cairns and the Great Barrier Reef) and leave it to international tourists. But guess what - there aren't any this year.

Summer is when TNQ receives most of its rainfall, but downfalls are largely contained to afternoon storms. And all that rain delivers the Green Season, when the landscape explodes with colour, native wildlife is easiest to spot and waterfalls go crazy. Check out the Waterfall Circuit west of Cairns, home to some of the country's most famous falls, such as Millaa Millaa and Millstream. Stay nearby in the Atherton Tablelands (it's at a higher elevation, so it's five degrees cooler). There are quirky treehouses to escape into the wilderness here, including Mt Quincan Crater Retreat, where you'll look over a misty valley from on top of an extinct volcanic crater.

The area is a food bowl, so there's great dining all over. Try Skybury Cafe outside Mareeba for the best curry in Queensland, flavoured by papaya (watch out for the kookaburras). And imbibe the best local foods distilled in award-winning liqueurs at Mt Uncle Distillery.

Also consider the road between Townsville and Cairns, which plies its way through the Cassowary Coast. It's quiet even in high season (winter). Call in at trendy Mission Beach to check out its iconic art galleries and eat on the beach with the locals at Buko. Then, stay the night at Castaways Resort & Spa which captures that lost in North Queensland sort of vibe.

If you're a solo traveller looking to make friends - the Northern Escape Collection of boutique lodges is your ticket to communal sundowners. Mt Mulligan and Orpheus Island lodges aren't cheap ($1700 per night, which includes meals, alcohol and activities), but there are no friendlier places to holiday solo in Australia. 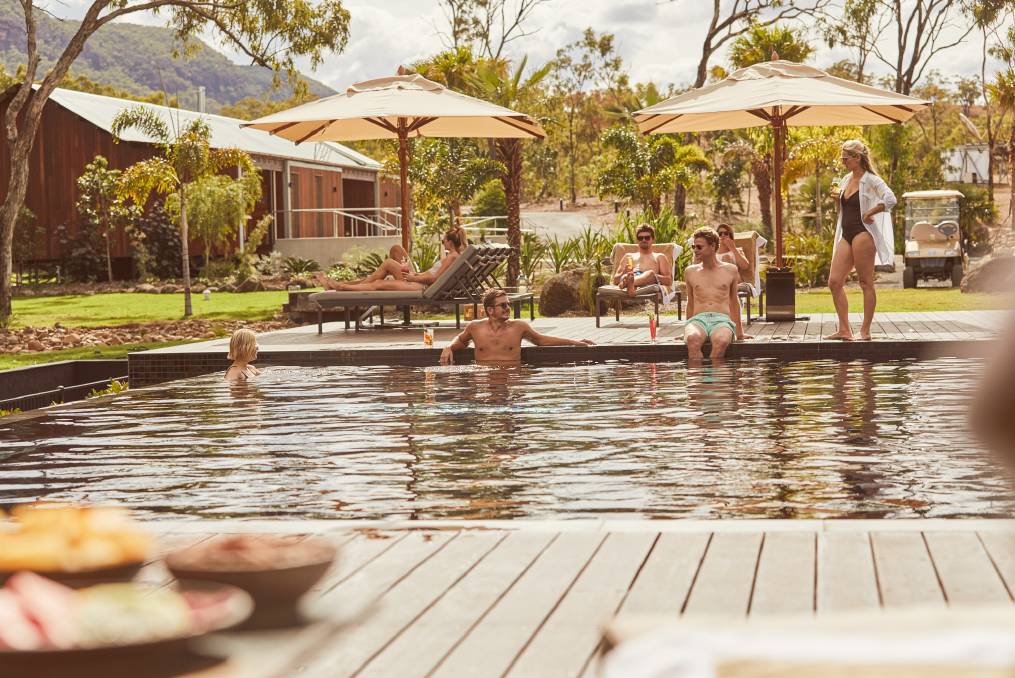 Take a helicopter from Townsville to Orpheus Island - there are only 26 guests at a time on the island, and you'll spend your days taking runabouts to even more remote beaches and fishing the reef - before mandatory sunset drinks on the beach with your new friends. No excuses for getting bored on the Gold Coast. Picture: Supplied

It's impossible to beat the Gold Coast for how much it offers families - if your kids get bored here, they'll get bored everywhere. You probably know there are a lot of good beaches - but you mightn't know there's 57 kilometres of them.

Thanks to the state's long history of caravanning and camping, some of the most prized parcels of real estate are occupied by tourist parks, so you can stay on the beach really cheap. There are nine Gold Coast Tourist Parks here - in the trendiest parts of the coast - from Burleigh Heads to Tallebudgera Creek to Kirra.

Or maybe you'd prefer the Big4 Holiday Park in Helensvale, home to the highest water park within a tourist park in Australia. There's 317 metres of waterslides here, and you're close to the theme parks, too.

And nowhere in Australia does theme parks quite like the Gold Coast. There's a World here for any kind of kid. All located within 25 kilometres of each other, check out Sea World, Dreamworld, Movie World, Paradise Country and Wet'n'Wild. You can stay right next door to Sea World at Sea World Resort, then walk a few metres to the theme park. But at Surfers Paradise Marriott Resort and Spa the kids club is the most comprehensive of its kind anywhere in the state. If you need a break from the kids, this is the place to stay. Get a family-friendly adrenaline rush at Thunderbird Park. Picture: Supplied

Teach the kids to surf, there are more surf schools here per capita than anywhere else in Australia. Check out free bird shows and watch vets at work at one of Australia's oldest conservation parks, Currumbin Sanctuary.

Head into the hinterland for a different sort of Gold Coast family experience. Thunderbird Park is on the border of Tamborine National Park, only 40 kilometres from Surfers Paradise. Camp there or stay in lodges or bush cabins; it has Australia's largest, highest and fastest zip-line - you'll travel at 70 kilometres per hour. Or fossick in the world's largest thunder-egg mine.